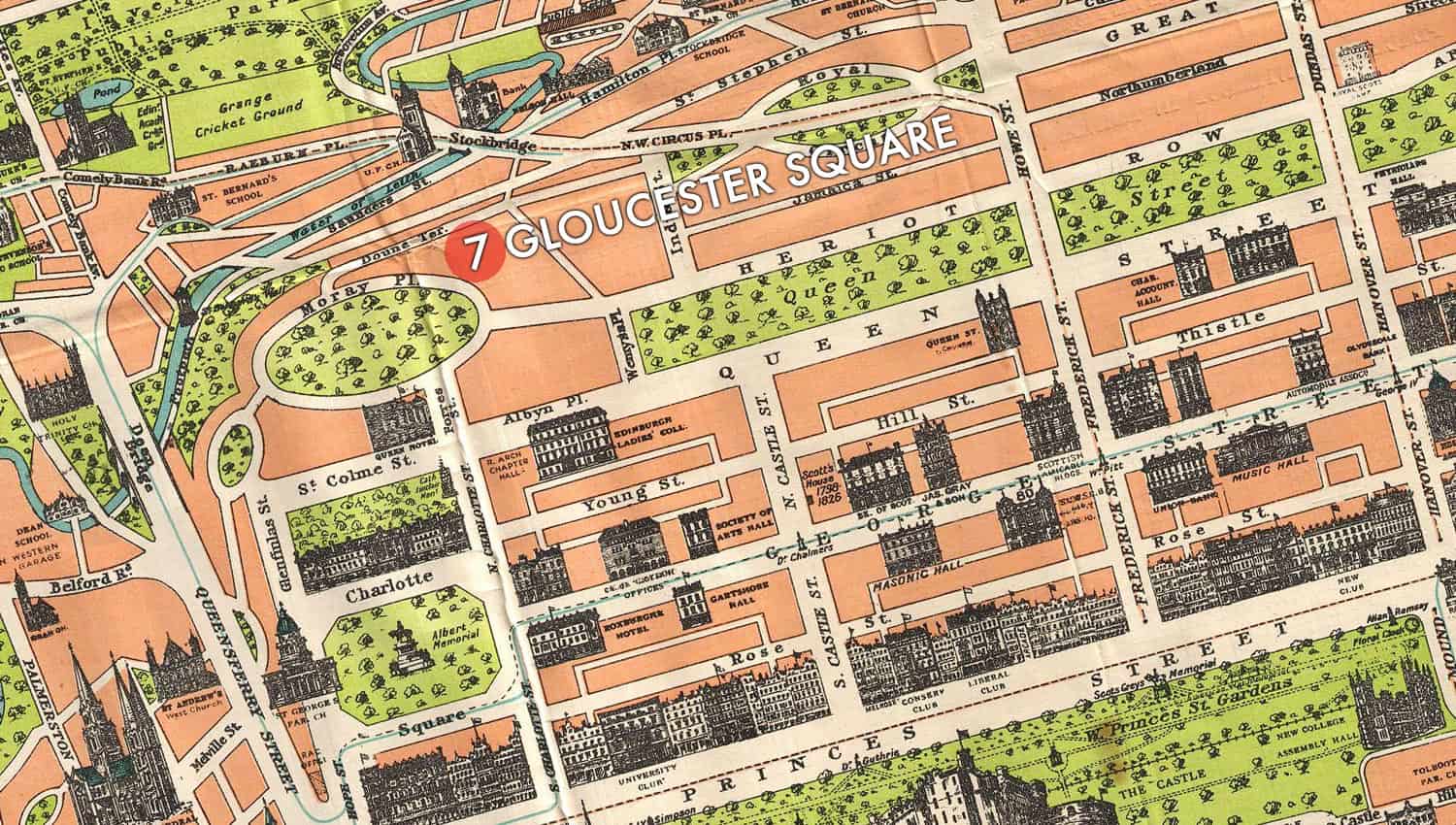 A World Heritage Site, Edinburgh New Town is a remarkable example of the Scots’ Georgian vision. Its origins date from 1766 when a 22 year-old architect called William Craig won a competition to design a new area of Edinburgh which had never before been developed. Queen Street and George Street, with St Andrew’s Square at the east end and Charlotte Square at the west end, formed the basis for his layout. Building work began in the late 1760s. Today it’s grandeur remains and is marred only by the number of cars on the roads.

No 7 Gloucester Square was originally a coach house. It lies at the end of the garden belonging to one of the huge, grand houses on Moray Place. In the 1700s and 1800s the family who lived in the big house would have housed their horses, carriage and, no doubt, one or two stable boys to take care of them in No 7 Gloucester Square. Much of the residential New Town was designed with horses in mind. Behind almost every central New Town street lies a mews, or lane.

Most of the small buildings in these back streets have been converted to garages, offices or houses by now, but originally these would have housed horses and their carers. Indeed until it was destroyed by a fire in the late 1980s, the nightclub that stood next to Playfair’s dramatic St Stephen’s church at the bottom of Howe Street was originally an exercise arena for all the horses in the New Town.